Beauty or the beast? 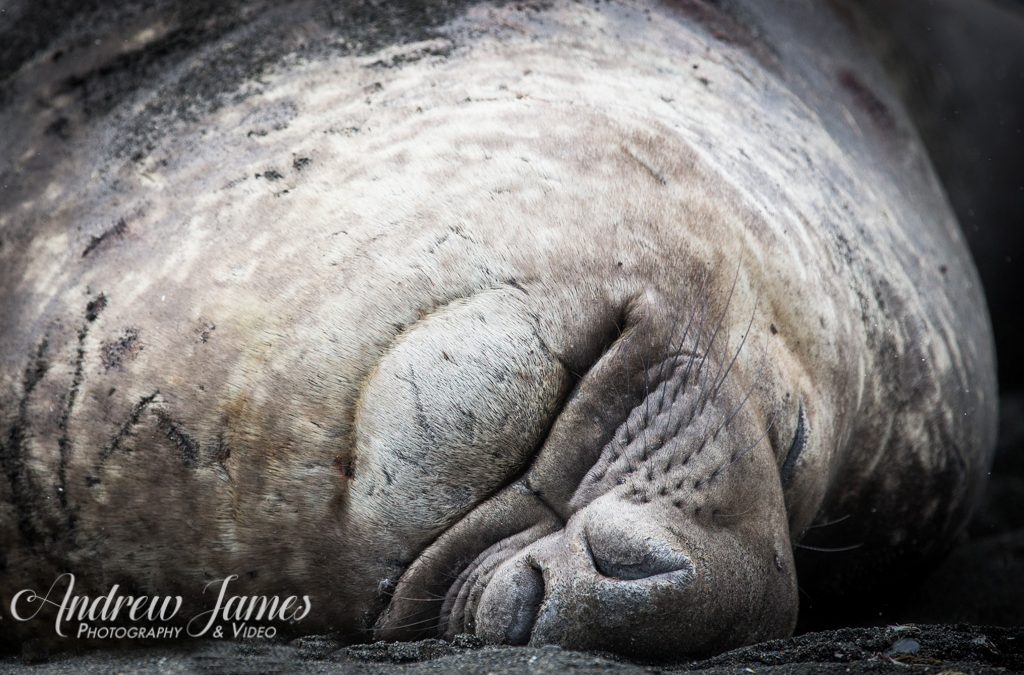 I can clearly remember the first time I encountered an elephant seal. After all, it’s not something you stumble across on an average day. I was on Sea Lion Island in The Falkland Islands and I’d been photographing gentoo penguins landing on a nearby beach and, when I’d had my fill of comical penguins, I decided to explore further along the shore. And there, in a little bay were the most enormous animals, stretched out and sunning themselves in some rare afternoon sunshine. 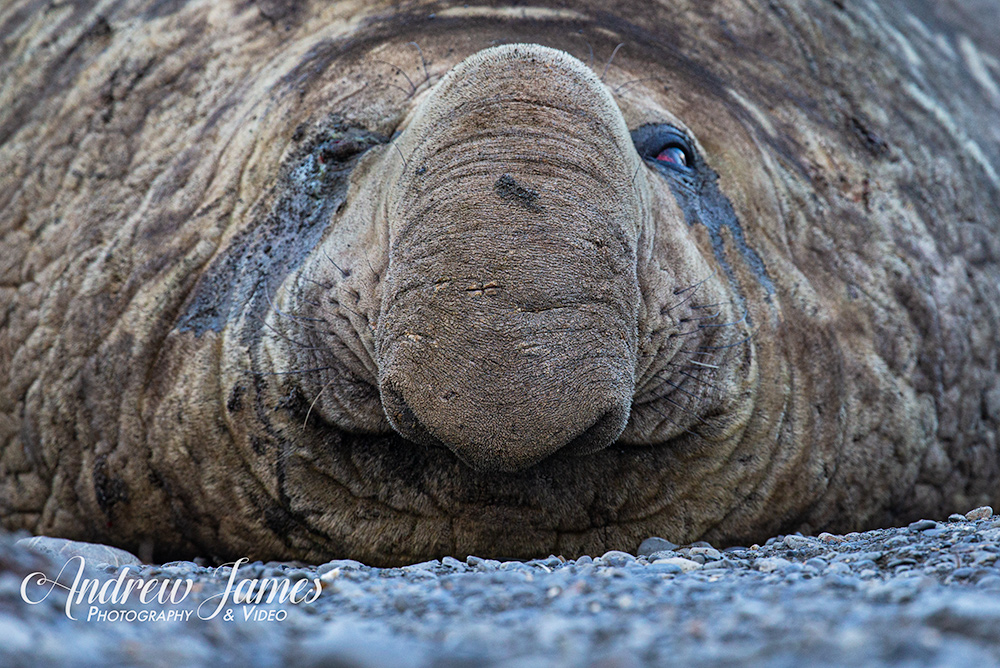 They looked like giant slugs and I watched them for a while, listening to the occasional belch or yelp from the assembled gang of sumo seals. Try as I might, I couldn’t find any redeeming features about these super-sized mammals. For starters, they didn’t do anything. They just lay there and once in a while one of them flapped a flipper. Big deal! After a while I grew bored of them and went in search of more penguins. They were a little more exotic and actually did something, plodding out of the South Atlantic surf in a spray of salt with a quizzical look on their faces that seemed to say: ‘Wow, I made it home.’

Years later I was due to return to the South Atlantic and knowing that one of my encounters was likely to be elephants seals I thought back to that first viewing wondering if I had been elitist and so obsessed with the perky penguin that I hadn’t been fair to the poor, misunderstood elephant seal. I resolved right then that if I had the chance again I would give them some of my time and look for the beautiful in the ugly.

So my second encounter, on the shores of South Georgia, proved much more enlightening. Yes they still belched and grunted and yelped. Yes they spent most of their time lying around sleeping and yes, they still occasional flapped a flipper but in the harsh, raw environment I watched them carefully, growing to love their resilience, aggression, and intriguing characters. Okay, it’s still impossible to say they are beautiful animals but they have a presence and a quality that I hope I’ve revealed just a little of in the following photos. I know I spent a long time lying flat on a damp beach to get them! 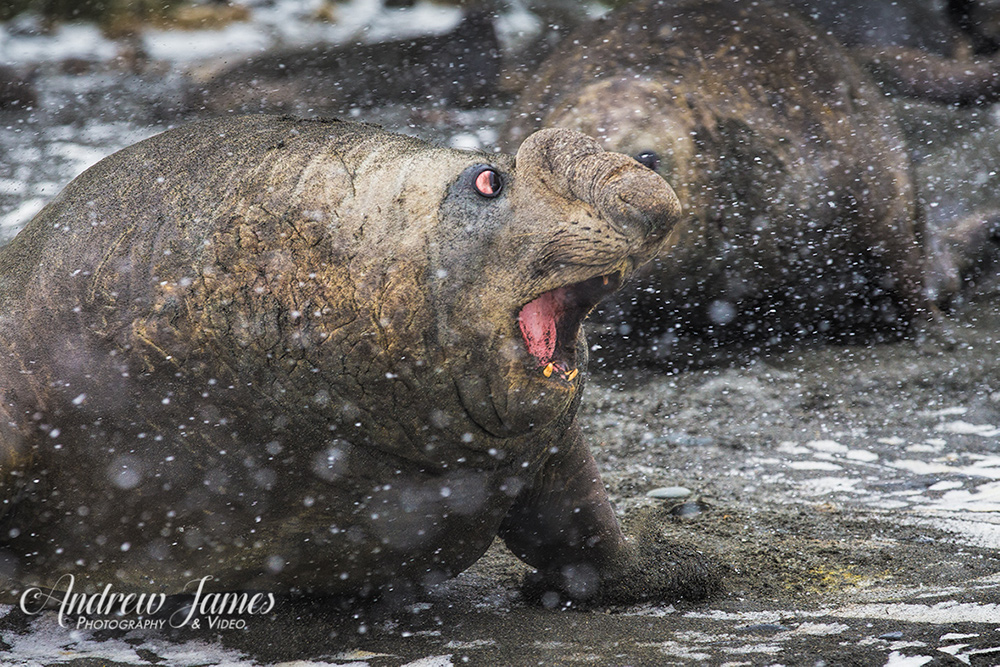 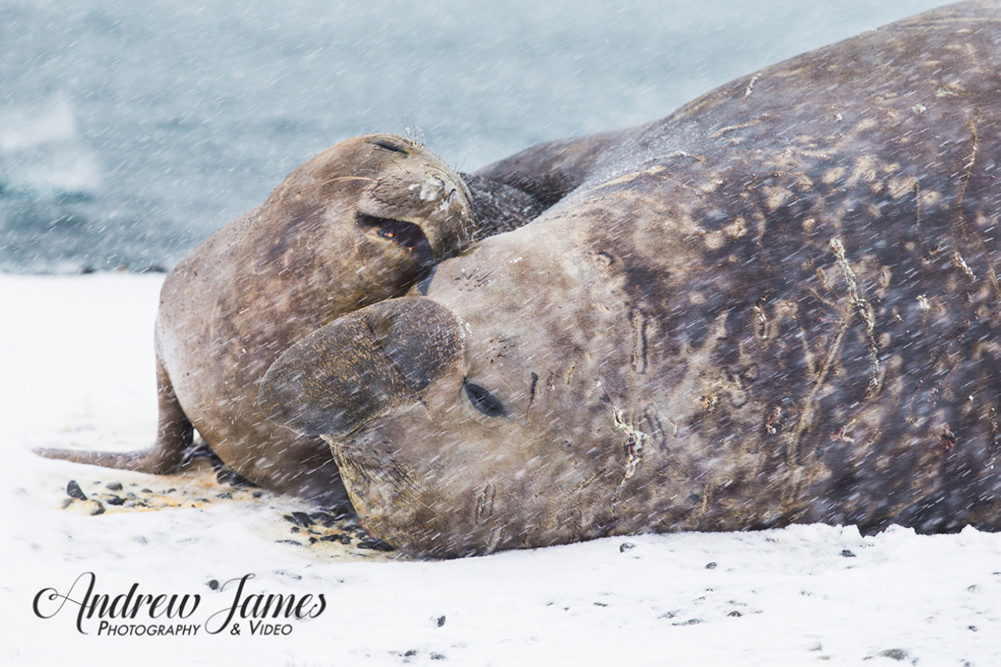 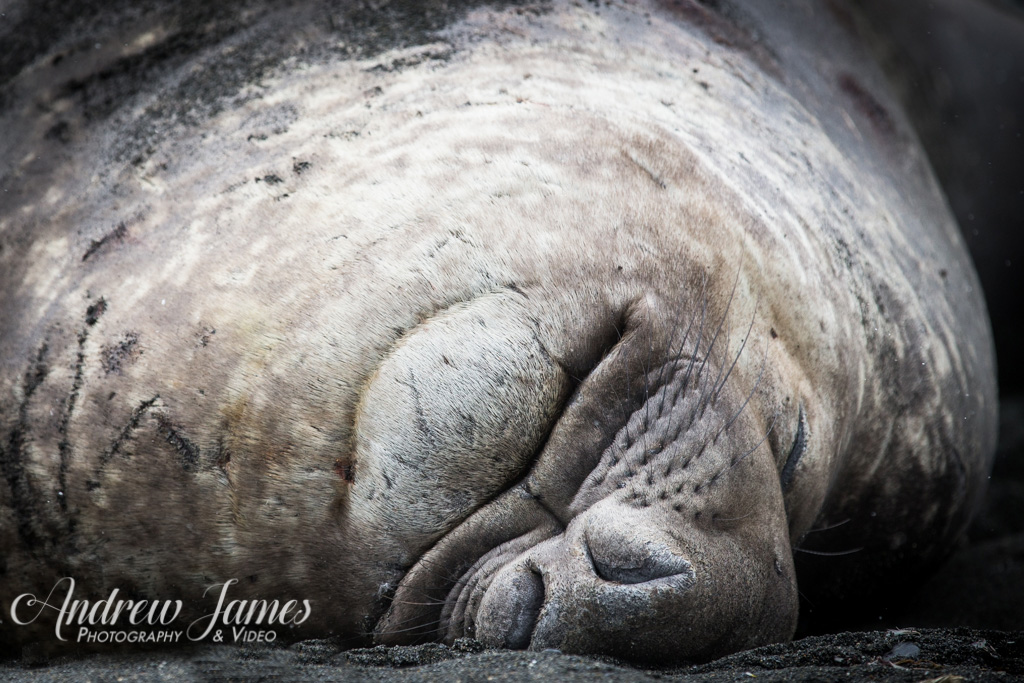